Macau is often described as the Las Vegas of the East, a Macau special administrative region and veritable mecca of all things gambling and glitz with a stunning backdrop of colonial Portuguese architecture and street life. Ancient Chinese temples interspersed with Portuguese colonialism makes for a real contrast. Macau has close to 40 casinos operating 24/7 and where there is gambling, money and booze there are also women. Maid in Macau Macao escorts supplies world class babes and porn star escorts hailing from all across the globe, from Budapest to Helsinki & Los Angeles to Buenos Aires, independent adult entertainers many of whom dictate their own rates and choose their own hours of work.

Prostitution is legal in Macau and brothels and gambling go together like Hall & Oates. Generally if you can afford to drop a cool quarter Mill on the tables good chance you will not be deterred by the sky high hourly rates of the top Maid in Macau on any given night which could be in the region of US$25K per hour. A price not to be sniffed at. In previous times the working girls were often Chinese imports from the mainland or Hong Kong and due to the legal nature of prostitution there are no shortage of very well organized, user friendly, safe options when it comes to brothels, parlours and karaoke drinking bars etc.

When it comes to a billionaires strip of super Casinos such as The MGM Grand Macau and Lisboa Casino there is usually a catch and the catch for hotel/ brothel owners is that while a woman selling her body for sex remains legal however operating a brothel and procuring sex trade are both illegal in Macau, the latter punishable by serious jail time. That in a nutshell is what drives Macau, an endless cash flow coming in and going out, punters spending big on the one hand, fines and penalties in the millions on the other. The dragon will dance to the beat of the drums but she also breathes smoke and fire. 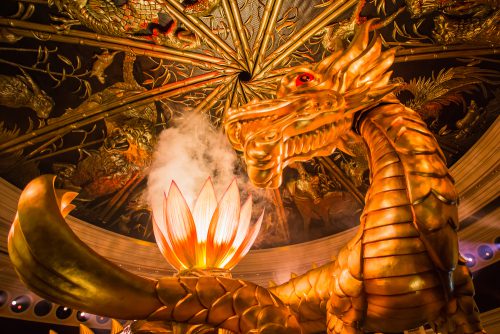 To cater for this overwhelming demand the city of casinos enjoys a booming sex trade despite there being no official red light district, the resulting trade is regulated in part by Chinese and more recently Japanese organized crime resulting in inevitable, violent clashes and ugly disputes, these syndicates presiding over both the high end 6-star hotel variety and common streetwalker variety of virtual, round the clock sex trade. Among the casino girls, disco girls and lowly bar girls all nationalities abound, the Korean, Russian and Japanese escorts tend to be more discerning often occupying the plush high roller suites where fine champagnes are flowing and expensive Sushi is served up ‘Eau Naturelle’. 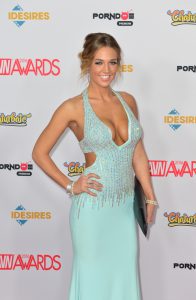 It comes as no surprise that Macau has acquired the unenviable nickname of SIN CITY.  Even though many of the city’s sidewalks and underpasses are littered with calling cards of the streetwalking escorts the local authorities appear reluctant to take forceful action as the ebb & flow of fines, penalties and large currencieschanging hands may represent the bread and butter of this unique and colorful Island nation. MGM GRAND MACAU is always an impressive sight with its 35- story, 660 room façade. Under a sub concession approved by the Macau Government the blue chip project is now owned and managed as a 50-50 joint venture between the MGM RESORTS INTERNATIONAL and Pansy Ho daughter of Macau Casino magnate Stanley Ho. Back in 2011 the company raised US$1.5 Billion from its highly publicized IPO floated on the Hong Kong stock exchange.

MGM will be the recipient of some stiff competition from Studio City, a co-American Australian venture enjoying the celebrity backing of Martin Scorsese, Robert de Niro, Leonardo Dicaprio and Brad Pitt. The movie themed resort will feature a bone jarring BATMAN flight-simulator joy ride, a spectacular figure of 8 Ferris wheel attraction plus a series of ‘Film Noir’ Hollywood- inspired, V.I.P rooms for high rollers to savour the 6-star company of their chosen ‘Maid in Macau’ after a long day of hitting the tables.

In search of a Seoul mate