Home » Blogs » In search of a Seoul mate

South Korea best known for the peninsula it shares with the noisy Northern neighbor and world famous for beautiful landscapes, spicy street food and 5000 years of rich culture and history, has a capital city with a metropolitan population of almost 21 million. Seoul (서울) a financial heavyweight and epicenter blending cutting edge digital technology with ancient traditions of kingdoms past, home to a thriving underground culture of stark contrasts, social contradictions & sexual paradox. Koreans are no strangers to sex. Extra marital or under age. Kinky or speedy. They can’t get their wallets out fast enough. Like the acquisition of a fine cognac or a Cuban cigar Korean men love to spend and leave spent, imparting millions in hard earned cash every month and enjoying countless methods of getting their Korean rocks off. Juicy bars, kiss bars, barber shops, hostess bars, gin parlours and strip clubs to name but a few meeting places. About 358,000 men buy sex every day. That’s a lot of plonk.

Interestingly Korea does not attract the same negative comparisons as other Asian countries like Thailand and The Philippines on the subject of available sex trade yet the reality couldn’t be further from the truth. The fact is prostitution is rife across Korea’s capital rumoured to be bringing in a larger share of GDP than the entire agriculture sector. According to a report released by the Korean Institute of Criminology (KIC), the nation’s sex trade was estimated at 24 trillion won (US$ 20.4 billion) last year, accounting for 4.1 percent of 578 trillion won, the total GDP.

There are four well known Amsterdam style Red Light Districts in Seoul displaying women in various stages of undress positioned behind the glass windows. Prices are negotiable though could be upwards of US$150 for a 10-20 minute play session. In the past foreigners would congregate to Yongsan commonly known as Hooker Hill however the closure of the local American barracks and a crackdown by local police has greatly reduced the numbers attending and the levels of business turning over.  A recent BBC report revealed that a group of up to 400 Korean women aged in their 50s to 70s have been offering sexual services in Jongmyo Park to local elderly men literally as a means of putting food on the table. The women sell cheap brand energy drinks, the men purchasing an energy drink and then bringing the older lady to a nearby motel. Reports indicate these women will charge between US$20 to US$30 (20,000 to 30,000 Won) for a brief, intimate encounter. So what drives the Korean sex market? Some believe it is merely a case of economics, the average female salary worker in Seoul on average earns substantially less than a male equivalent yet the lifestyle they aspire to comes with a price tag. Cosmetics, plastic surgery & chic designer handbags don’t grow on trees and unfortunately Korean women are born to shop. 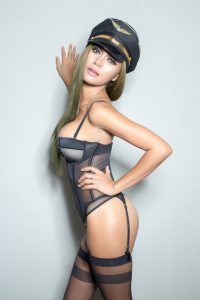 There is also a culture of acceptance that this booming underground movement be left unchecked to escalate behind closed doors out of the public eye. Likewise business dealings are often conducted in remote room salons and out of the way hole in the wall upscale drinking clubs where inevitably girls will be on offer. Many students, secretaries even housewives work as ‘entertainers’ in such venues, singing karaoke, dancing, pouring whisky drinks and performing sex acts. Among the many different venues popular with those seeking the attention of the fairer sex are the ‘Whiskey’ “talk bars”, no sex here just hot girls who sit and drink whiskey with you for a fee of around US$50 per hour, ‘Kissing Rooms’ or “Kiss Bang” as locally termed, no sex just some loved up cuddling and snuggling, self-pleasuring is permitted for those willing to clean up after themselves never know when you may need that packet of Hello Kitty wipes. Many of the girls working the Kiss Bang strip are students looking to make some extra shopping $, foreigners are of course welcome in both these establishments. You’ve got your ‘Barber shops’, seedier places with a pay for play rule book. ‘Window shops’ where you pick out a girl through the glass, go in shower, do the deed and depart with a wallet 100 bucks lighter. And then there is the Korean specialty that goes by the name of ‘Officitel’ and can be found easily on relevant websites though the girl you meet may not be the same one pictured online, you go to a studio apartment done up like a girl’s bedroom she treats you like her boyfriend, service is higher quality than the regular options at a price of course. The most upmarket option is the ‘Full Salon’ which is basically a high volume Room Salon attached to a motel, the girls are attractive you can pick one out from a group, 1 x hour karaoke time +30 mins Room play will set you back anything from US$200- 350 depending on how hot the girl is. Unsurprisingly Korea has one of the highest divorce rates on record and without the love motels it would possibly be even higher. For the punter happy to look but not touch there are several popular adult theatres in the Jongno-Ga area all offering complimentary towelettes, lubricant and local brand sparkling water. 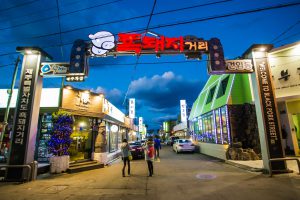 Korea might be known as the land of morning calm but in swinging downtown Seoul serenity is the last thing you should experience. This city is on the move 24/7. The blue and red circle at the heart of the South Korean flag aptly symbolises the rift and division with the North while also representing the fusion of ancient and modern in the country officially called The Republic of Korea (ROK) where the vast majority of tourists will settle if only temporarily, unwind and explore. Seoul for all its quirks and concealment is an amazing destination drawing the tourists in the many thousands in search of a Seoul mate or simply in search of an experience to remember.