Qandeel Baloch, a social media blogger who rose to nationwide fame in her native Pakistan becoming known for her controversial. Bold choices to fly the flag for liberalism and feminist rights in a country dominated by patriarchal traditions and unapologetically reductionist views toward women in general.

Ms Baloch’ family name was Fauzia Azeem, hailing from a working class and small town area surrounded by old fashioned thinking and small mindedness. She experienced staunch resistance at every turn particularly in regard to her defiant decision to embrace her female sexuality very publicly on the internet.

She composed her selfies regularly upsetting the male members of the community who considered the acts irresponsible for a woman who they believed should be focusing on a role as a home maker or housewife not social commentator.

Baloch commented on religious hypocrisy as she saw it and caused a major stir posing for a blogger selfie while in a meeting with a senior government cleric who had publicly criticized her in the past. “I thought I would expose him as he is in reality”. She commented to a local publication and in another post declared. “As Pakistani women we must stand up for ourselves. I love the way I am!” 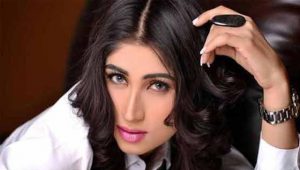 Strangled by her own brother at the family home in the town of Multan. Just another in a troubling long list of Pakistani honour killings in many cases protected by local tradition and process. Pakistan’s best known English news publication ‘Dawn’ universally condemned the killing as a senseless act of treachery and calling for just punishment to uphold the anti-honour killing legislation.

The brother of Fauzia Azeem, Muhammad Wasim, unsurprisingly was on the run following the brutal killing and remained unrepentant claiming his sister had brought shame to the family thus had to be silenced, “I have no regrets, my sister’s behavior was intolerable” he said after being arrested and taken into custody in neighbouring Muzaffargh district.

It has been estimated that such ‘honour killings’ claim an average of 1000 lives per year. The killers often walking free in bizarre rulings named Qisas. (blood money- local police accept payment in penalty fines as an alternative to a jail sentence). Or Diyat (retribution) that allows the family of the victim to pass on their forgiveness. Local activists want Muhammad Wasim brought to justice, the tradition of honour killing goes back many thousands of years, a fatal punishment of an individual usually a woman for bringing dishonor and shame to the family. 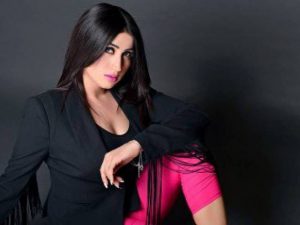 Her Legacy Will Live Forever

Blogger turned martyr Qandeel Baloch was buried on Sunday the 17th July. Near the family home in Punjab province with many dozens of people paying their respects to a woman who gave her life for her beliefs and in extension for her followers numbering 43,000 on Twitter and 70,000 on Facebook.

In 2014 the blogger had risen to fame after a post of her pouting at the camera and asking. “How ‘em looking?” went viral, she liked to describe herself as a leading exponent of Girl Power in modern day Pakistan.

On one occasion she offered to do an online strip for the Pakistani Cricket team. If they beat India in a championship tournament game.

The day before her death Baloch posted one last trademark and defiant tweet. “I will not give up, I will reach my goal and absolutely nothing will stop me!”. On July 4th she wrote “I am trying to change the typical orthodox mindset of people who don’t want to come out of their shells of false beliefs, to come out from under old practices”. Qandeel Baloch had voiced concerns over personal safety but with no help forthcoming she continued with her social media blogger mission fearlessly to the end.

Not Every Asian Woman is a Green Tea Bitch